SirCalcium wrote:Well I've had an idea. I'm going to try and make a shell out of EVA foam

Sent from my SM-G930F using Tapatalk

I showed you my foam shell a few months ago Callum, it’s a great option, I have the templates somewhere if you want them
Duncan

SirCalcium wrote:Well I've had an idea. I'm going to try and make a shell out of EVA foam

Sent from my SM-G930F using Tapatalk

I showed you my foam shell a few months ago Callum, it’s a great option, I have the templates somewhere if you want them
Duncan


Sent from my iPad using Tapatalk

Good shout Duncan, I'd be up for that
But you must accept your regret the way you accept your mistakes. Then move on.
Top

It's been a couple of years since I cleared this costume, and I'm still happy with it, but since the Rebel Marines have multiple variations, and I wanted a challenge through lockdown I decided to have a shot at making the R1 version of the Endor headgear.
Rather than buying a premade An-H-15 and donut, I scratch made mine using reference from the film and the one available on Retro Revival Props.
First I downloaded the patterns for the AN-H-15

and made copies on my fabric of choice, what I used is plain cotton canvas in taupe colour.

Next was pinning and sewing

After finishing one, I made a second

and attached them together with the inside, out and the outside in

For extra strength and security I sewed the loops together

It's tedious to get the fabric to stay down, but it's hard work that pays off

I did the same thing for the ear loops

Even harder than the main edge, but worth it

For the ridge on the top of the headgear, I did the same thing as with the M1 helmet cover. Sandwich a piece of fleece between 2 layers of the same fabric, sew on the ridges, and fold the edges over.

Sewing this piece onto the main headwear was again hard to get the ridge curve to the contours of the headwear. It fought me, but it went on in the end

For the ear parts (there probably is a name for them, but I don't know what it is) I noticed they aren't the same as the Endor version. The R1 version has a bevelled cylinder on the main ear part. For these I used EVA floor mat foam.

I heat sealed and coated the foam parts in Plastidip for priming and extra sealing, sadly I couldn't find black plastidip and was forced to use white plastidip, then use black spray paint

Next was adding some flaps around the cheek area

I improvised a pattern to get these parts made

Up next was the leather parts, for this I used pleather, again there was no pattern, so I again improved one by staring at the source images and doodling some make shift patterns on the AN-H-15 itself

After sewing the parts down I added the snaps. Looking at the source images the snaps are silver, but I could be wrong

The last part is the donut. I got a kit from RWA Creations, and having some experience from Clone Armour building, this was fairly simple enough

Parts trimmed and shaped to fit my head

Glued together using some shims on the inside, and solvent weld as the adhesive

Then it's priming and sanding

Then paint it silver

Add some liquid latex and tape for paint shipping

And repaint it again because this blueish green looked terrible. After speaking to Graeme (scot-gcar709) who was making his Endor Trooper, I got the same paint he used and repainted the donut to a better looking colour

The final step was adding the peak. Again I thought this would be easy, but it wasn't. Since the peak curves trying to trace it onto the flat fabric gave me weird results.

Whilst some results worked, when it came to adding the bias edge I kept running into problems where it ended up looking bad.
Eventually I found a method that works, but make a length of bias tape, sewing one side onto one half of the fabric cover

then sewing the other half of the cover onto the tape, fold it the right way round.

Glue the peak to the ring

What other additions do I want to add to my Marine, well since the cheat mounted commpad is in discussion on the main board, might as well go for that. A friend with a resin printer gave me a B-grade print of a commpad, just need to paint, weather and mount it to my gorka.
Looking at the colour of the donut, I probably want to repaint the ring on my M1 helmet the same colour.
But you must accept your regret the way you accept your mistakes. Then move on.
Top

Interesting to see another go at one of the other options. Well done on being brave enough to try it. Good DIY flight caps are rare and may attract commission requests.


AN-H-15 cloth cap (or replica) and green or dark grey “donut” rigid outer ring. A ribbed strip on the top and cloth bill should be present on the cloth cap. Screen accurate logo may be placed on front left of replica outer ring.

Digging deeper into the proposal discussions

also raises some specific points but we have no way to tell if judging takes these as confirmed requirements until someone actually submits an application. If we look at what the current gist is.


- AN-H 15 cloth cap (or replica) with ribbed strip on top and cloth bill, capped earpieces and facemark hook. Cheek piece hardware is exposed.
- Endor style may be used if appropriate modifications are made to the rear-vent portion

R1 and Endor donuts are different shapes but it says Endor is acceptable with rear panel modifications. Here's a nice pic of some hats showing the more pointed front, plus ribbing detail and one of the R1 donut rear. We'll work under the assumption Endor style is OK and there is rear view if adjustments are needed. 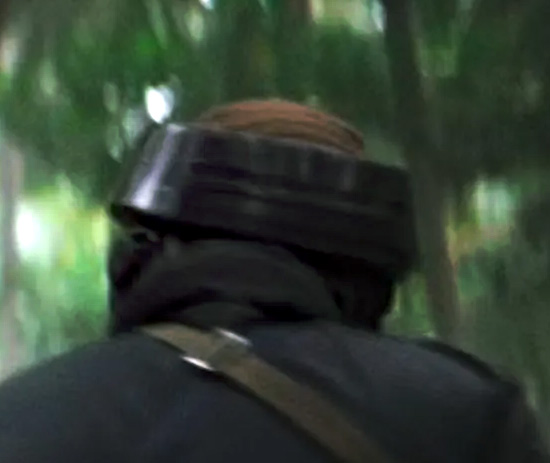 R1 caps have facemask hooks you may need and there is no flap to cover the lower part of the cheekpiece as can be seen here. 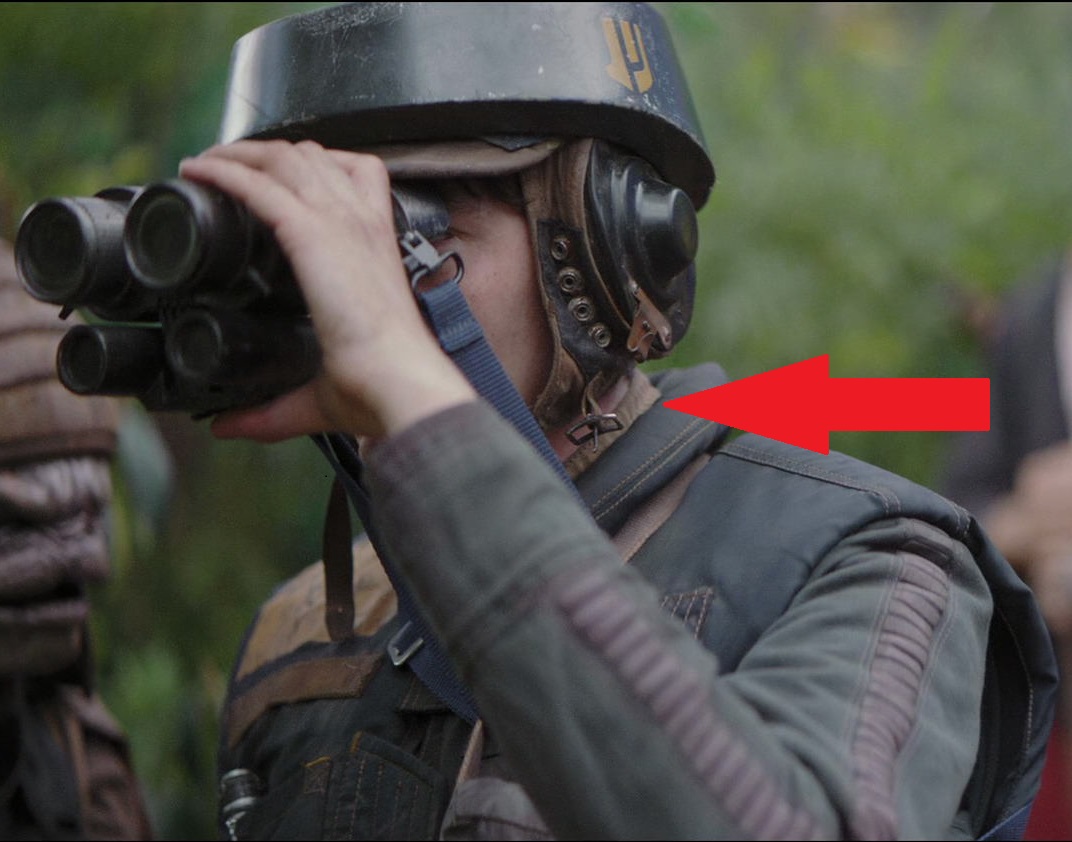 Colourwise, R1 helmet green is seemingly far darker than Endor's. I used Montana Gold Military Green on my R1 armour which is noticeably darker and duller than Endor, which is very commonly called an Italian Olive. The published standard and discussion go as far as to accept dark grey for R1 indicating how flat it could be.

Nice work on the earcups, they look well finished and look of a suitable material. You can see the profile in the reference pic above if there are judging questions. There is scope to sew in a few more rib lines on top of the cap if needed, from the earlier hats pic. 4 male snaps either side on the leather is a good thing. The bill may look more better moved back or shortened so there's no narrowing angle at the rear of the bill, again the larger ref gives a good view of what we see on screen. The seam on the upper surface of the bill is quite pronounced as bills usually are quite sheer.

I applaud your work nonetheless. It's nice to see someone tackling an AN-H-15 and if you do need any changes, the relevant refs should be here for you.
Happiness is a warm A280. Or A300. Even a Glie-44 at a pinch.
Top

Its looking very green. Every ref shows the RO helmets as a blue - green, blue- grey. Its possible you may be asked to change it as we have no refs that support it looking that green.

Took a step back from this project to both work on other things, and to wrap my head around how to further improve the headgear.

As for the colour, I've done some asking for the shade of grey. German field grey is the answer I got, but hearing of Olive Green being an acceptable candidate, would this be the colour to use?

As for these Facemask hooks, I've tried looking and come up nothing, well except for the actual ones, from the time when these headgears were used, that they clearly didn't use in Rogue One, so I'm open to suggestions for that part.

You can see here the difference in colour in the image below. Its blue- grey

I checked in with the judging team and we are not forcing people to change it as its still in the standard (but we have no idea why as there is no ref for green RO helmets). We will be putting it as a recomendation, but it will be changed when the new standard is published, which means that you may not be able to use it to reapply with a different combination in the future. 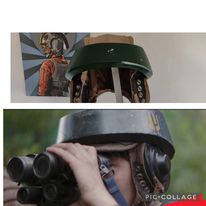 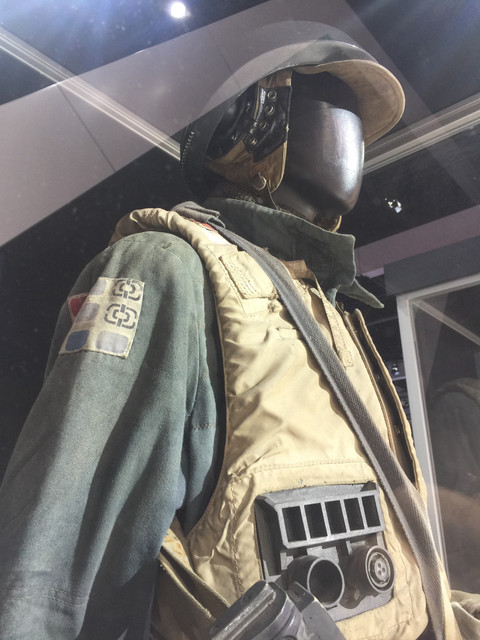 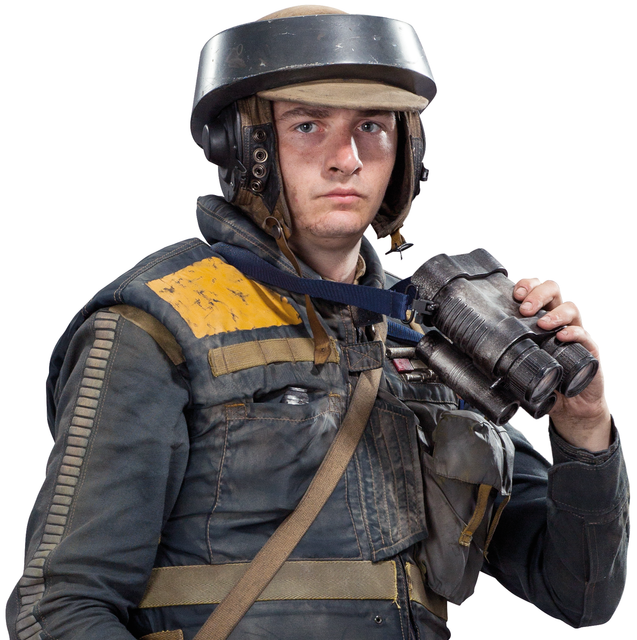 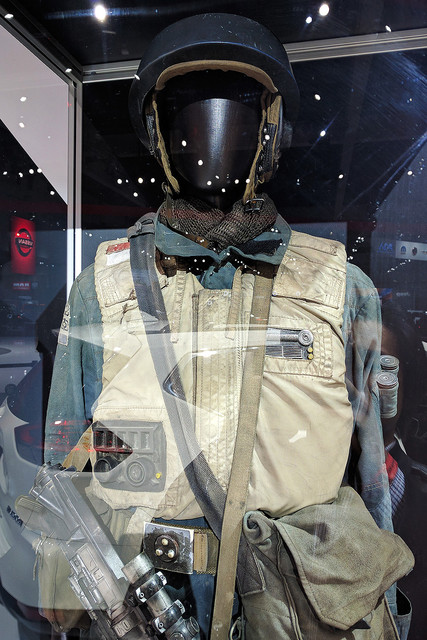 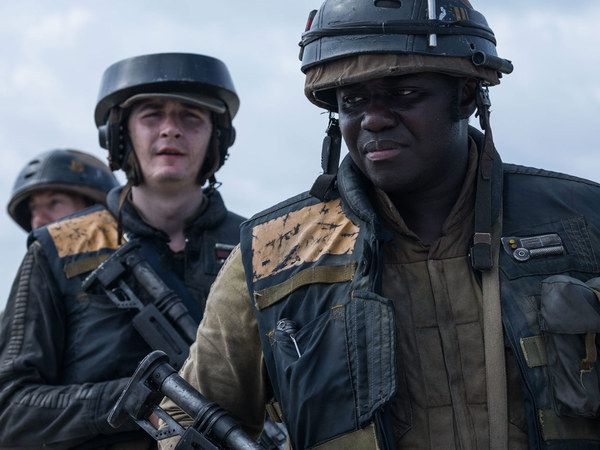 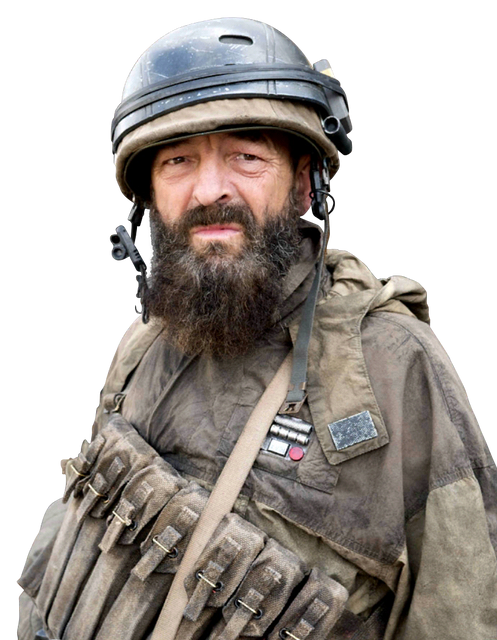 I'd go along with the thinking that the donut is dark blue/grey. The refs don't seem to show it being much else. As for the mask hooks, you might find something in picture framing or hanging items otherwise I'd consider making some from thin styrene sheet in a T shape, formed with heat around a kebab skewer or such.
Italian Olive is a commonly mentioned colour for ERT donuts (quite green for an olive) but R1 versions just don't look green. I'm no fan of that Montana Gold paint either. It sprays well but just never seems to cure properly.

Be interesting to try making a facemask hook that way. As for the colour and being told it's a Blue-Green, I'm thinking that the first colour I used was probably the right one

Sent from my ONEPLUS A6013 using Tapatalk

When i was making my merc, car paint was what was recomended to me - there was place a friend used that mixed the paint to match a RAL chart, not sure if it was local? Or if thats something lots of places do?

Halfords car paint is pretty good too. I found the prefect colour for something, but it needed more metalic so i did fine layers, of the colour and the metalic......may work here with a blue and silver/grey?
Elstree base Membership Officer (BMO)
Rebel Legion Officers and Troopers Costume Judge
Rebel Legion Glalatic Strategic Command Detatchment XO
Elstree Base Home One Command DCO
Top

tenebris wrote:When i was making my merc, car paint was what was recomended to me - there was place a friend used that mixed the paint to match a RAL chart, not sure if it was local? Or if thats something lots of places do?

Halfords car paint is pretty good too. I found the prefect colour for something, but it needed more metalic so i did fine layers, of the colour and the metalic......may work here with a blue and silver/grey?

I can agree on Halfords paint. This is the stuff I used first

Sent from my ONEPLUS A6013 using Tapatalk

But you must accept your regret the way you accept your mistakes. Then move on.
Top
Post Reply
56 posts