Starting putting this cosplay together for a while now, and finally got it in the mail yesterday! So SO happy with how it turned out.

Had it made by a seamstress who did an amazing job of putting it together for me, as there's not a ton of reference pictures I know everything may not be 100% correct but we did our best to make it as close as possible.

I'll be adding to this thread as more pictures come and I can take full body application pics but right now, I'm waiting for my boots from Gio before I can submit the costume. Hopefully they shouldn't take too much longer as I'd really love to wear this for a couple of hours at MEM! 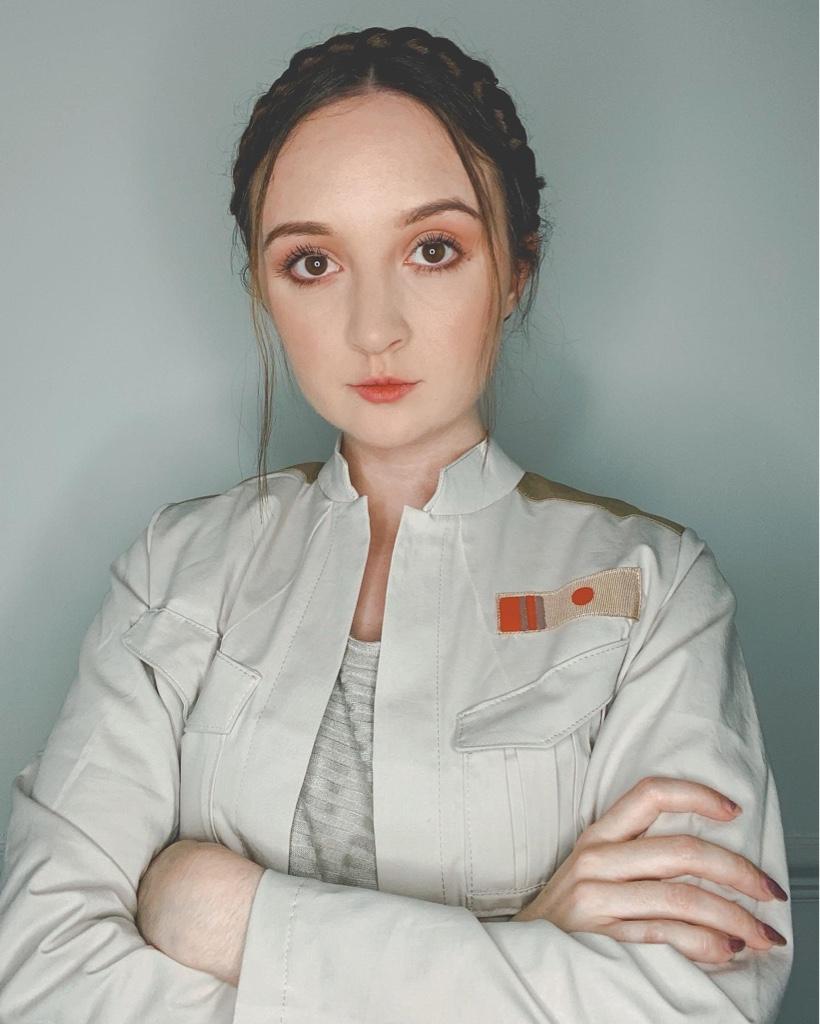 Hi Liv, currently we dont have full 360 refs for connix, i know you have used the back of darcy as we 'think' it may be the same/similar but until we have refs of the back of connix we can't prove that. Below is the charter for costumes without a standard. (We cant write the standard till we have all the refs).


Costume Standards listed in the Costume Standards Master List are meant to be used as a guide for building Rebel Legion approved costumes, and are used by our Legion Costume Judges as a starting point for judging a costume for Rebel Legion membership. The Costume Standards of the Rebel Legion are not meant to be an all inclusive list of components and/or a completely detailed description of costume components required for Rebel Legion membership. In addition to using the costume standards as a starting point for judging costumes, costumes are also judged by comparing them to the source material (that is, the costumes seen in the costumes of the Star Wars universe.
Costumes eligible for Rebel Legion membership, that do not have written/posted costume standards must include:
1. Two or more images, head to toe, showing the front and back of the costume being created OR a 360-degree head-to-toe turnaround of the character.
2. Additional images may be included to show detail of the costume being created.
3. Resource material may come from any LFL/Disney licensed sources for the character/costume being created.
4. Additional costume details may come from a detailed text-based description, but must have an accompanying visual reference to be considered for creating a Rebel Legion approved costume.
5. For video games: Player generated/edited costumes for game characters (those that are customizable) are not eligible for consideration for Rebel Legion membership.


We also can't really see the detail. Ie exactly how the sash bit is attached, if the yoke is colored under the flap, also on darcy there appears to be topstitching on the back yoke, much like rose's shirt.....again without the refs we don't know what's there. From the front of connix you have alot of really nice elements there.......but the back yoke looks very dark compared to both the connix and darcy ref and the rank looks a bit thin.

The t-shirt/top fabric doesnt match the reference. It looks be be a beige/light sandy knit or textured jersey, again its hard to know without more references.

So we need that back image of connix before you can app in, its the same for for a few of the other supporting costumes from TROS.
Top
Post Reply
2 posts • Page 1 of 1