I've been wanting to do a Padme for a while - and I wanted to find one with some midriff that wasn't exposing my back (have a sith tattoo I don't feel like covering).

So this is REAL early stages and mostly just sourcing things at this point...but hopefully it will motivate me to get on it!
Top

This is my absolute favourite Padmé outfit - can’t wait to see how it turns out!

Nice to hear someone is tackling this costume. Good resources for this will be Padawan's Guide which has some lovely info and the Rebel Legion global forum to see what others have done with regards to fabrics and patterns. I'll have a look in my book to see about any fabrics or construction info.

Please keep us updated with any info you find. Good luck.
Top

I love this one too, really looking forward to it all coming together.
Top

I think right now what I may struggle with is the optional cloak - the devore silver velvet patterning might be something I have to chemically burn myself to get it similar to the one she wears and well...that much yardage on velvet is expensive if you make a mistake :( But that will be an after thought as we'll need the main cloak first.

Read over some of the site and the guide, one of the girls has a really good idea about the hook and eye wrap closures on the front of the top in terms of mechanics of it. Think I'll do mock ups on this for sure which will let me get the design right and then work on cheaper fabrics.

First Project is going to be the hair, I think.

Hair is loosely spiral-curled; two small sections on either side of the head are gathered into small buns with the rest pulled into a loose ponytail in the back. Naturally occurring hair colors only; no bangs. Headpiece formed to the top of the head in a diamond shape of silver with a filigree, Art Nouveau knot-like pattern with two large oval-shaped filigree loops which frame the curled hair buns.

So far I've ordered two dark brown scrunchy buns (with the hope that I'll use my own hair to hold those in) and also some wavy dark brown 24" extension clips to be able to get some wave in my hair and do the loose pony tail. I've got both eva foam and worbla at home, so I'm thinking I'll try drawing it out on paper first to size it, and then sculpting it in worbla for a bit of structural strength (and stabilise it to my head with hair coloured wig clips I have left over from another project).

I'm looking at these, but don't like the zippers. What I do like is that it doesn't have a heel, the grey is suede and feels like something you could wear on a desert. They are also Hotter, so I'll be able to wear them all day standing up and not be in pain. It gets tricky finding women's shoes that fit in a UK 9, and from looking at the reference pictures it does seem like she is wearing an ankle boot rather than a ballet flat.

That cloak is beautiful but would be very difficult to replicate. Yeah, Devore and velvet is going to work out expensive and to get one that includes the right pile and backing colours too. Just ask Empathy.

Mock up is totally the way to go. Would be interesting to see how that closure works.

Welcome to the 'Trisha Biggar makes us cry' group!! Lol we need patches.

I found a really nice spiral curl wig from wigisfashion.co.uk they have sales too which is how I got mine. Bought it for the mid blue poncho she also wears at the Homestead. If you want ID and pics will send them
Top

Well, I got a start on the headpiece today in terms of drafting a size fit for my head. From the looks of the one on Natalie, I think I can do this in four parts; the headband, the crown, and both ears. I plan on making it out of worbla, so it will all stick to itself in terms of construction, and I can give it a little bit of vertical texturing so it doesn't just look like rectangular strips.

It also looks like when it is on her in the movie it rests right on the hairline and goes up to the crown of her head, with the headband set a little bit further back and hopefully both parts carrying some of the weight of the piece. Since the weight will be negligible in worbla, I'll probably secure it with some wig clips on the underside, or around the ears where the hair will cover it. This one looks to be a better shot at some of the loop work, so I started with this as a base to simplify a little bit. I know Padme always has a Naboo symbol somewhere in her outfit, and I thought the base of the crown part is sort of a stylized version of this, so I thought I would play on it more. 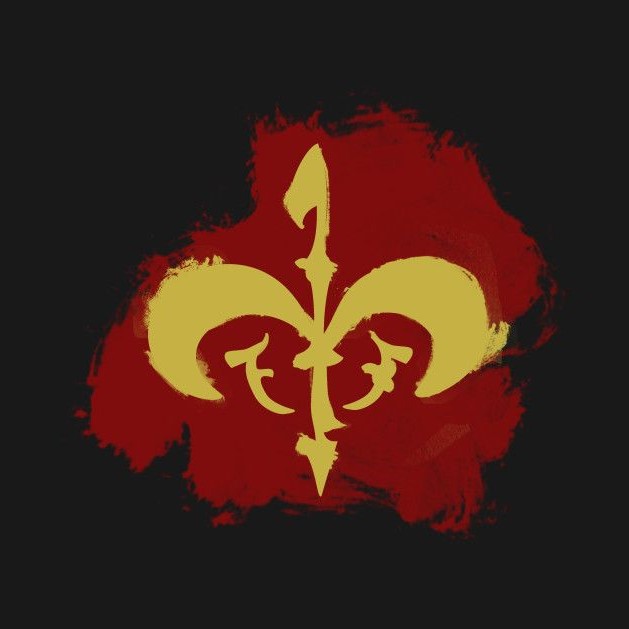 So I measured my head and it was 3.5 inches from hairline to the crown, and then made the headband knotwork separately. I thought I would modify the knotwork a little for simplicity, but I still managed to incorporate a few things; an eternity loop, a heart, as well as the Naboo symbol. 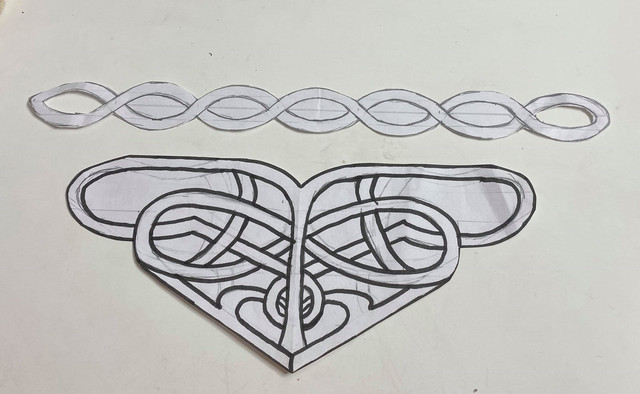 I plan to draw out the earpieces tomorrow, and then if we think it looks pretty good to give it a first go in worbla. Luckily the material is very forgiving and I'll be able to get some easily shaped curves compared to a sheet of paper. What do you guys think - close enough for government work so far?
Top

Yeah. Nice research. I think when you go with worblaa slightly more rounded look would be better than flat pieces if that makes sense. Have you tried black worbla? It's slightly less gritty in texture so might be good for this. Once it's all finished and prepped. And nice gloss spray as a base coat will help with and metallic finishes.
Top

Yeah, I also have some Friendly Plastic I can mold on top of the worbla if I want to round it more, or soften the edges with my fingers. Def going to need to make it not look flat like you said.

I got some fabric samples yesterday from MyFabrics, so when I get home from work I think I'll make a little video for you ladies to try and see which one colour matches best. A few are two way stretches but I think I like this one four way stretch best (and also to hopefully save on fabric when cutting).

I also found some flat beads at Hobby Craft after the Reading Comicon, so these look promising. My thought is to use mabye two strands of the embroidery thread for a hint of colour inside the bead (because it looks slightly silver/gold metallic inside the clear bead) and see if that works. These are 2 mm black beads, I couldn't find 3 mm, but perhaps my local C&H has some if they end up looking a little small proportionally. 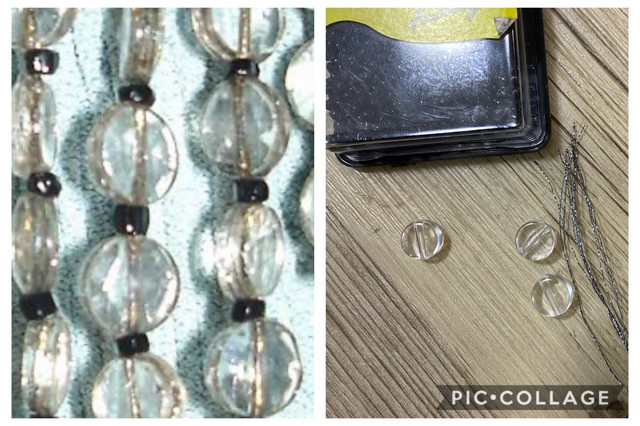 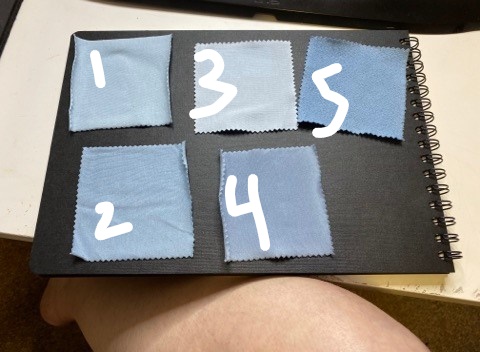 I've listed these in order of my preference. I think I want the four-way stretch to aid with cutting and draping. I've also included a video because sometimes it is easier to see colours on video rather than in a photo. 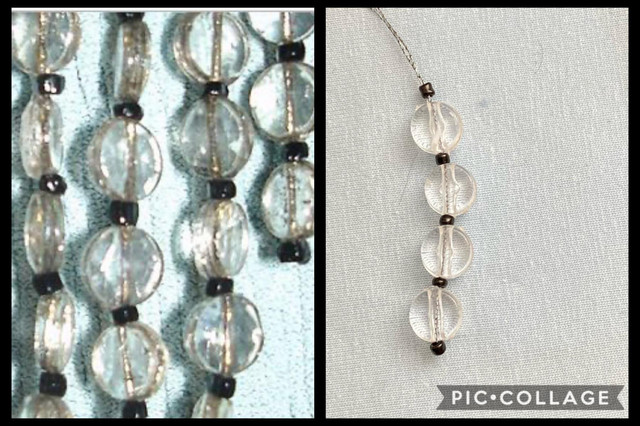 This is the beads on the Bio Tula Fabric 1.
Top

Could do with doing a side by side pull of some refs with the swatches, what do you think Kat?
Top

the beads look spot on! I really love the colour of 1 and 3 for the fabrics too but 1 would probably be my first choice too. Love this outfit so much and cant wait to see it finished on you, all the little details really make the costume and you're getting them spot on! :+)x
Beth Mitchell (Naberrie)
Base DCO + Costume Specialist
RLGS XO
Cleared Costumes:

So I looked in the book and they used a crepe jersey. I think the colour and drape are your main points here. I agree with Empathy. We tend to do side by sides of swatches with reference pics. The Instagram layout app is great for that. I've found two nice pics that show the colour in the best light, which is where it appears quite light. I'll send them to you.
So of the echibition ones have been a bit too blue/ green to what was on screen.
Lovely find on the beads. Would you mind posting a link please?
Top So those are the two contenders (fabric 1 and 3 from before). I'll probably do a set of Minerva fabric swatches in January too before committing.

The beads were a giant tub from Hobby Craft in Reading. I basically bought every last bead and couldn't find them on their online store, but I am sure a different branch would have them too. They are plastic and I would have liked glass, but I don't think that matters since it just says a multi-strand pattern of clear coin-shaped beads separated by black seed beads.
Top